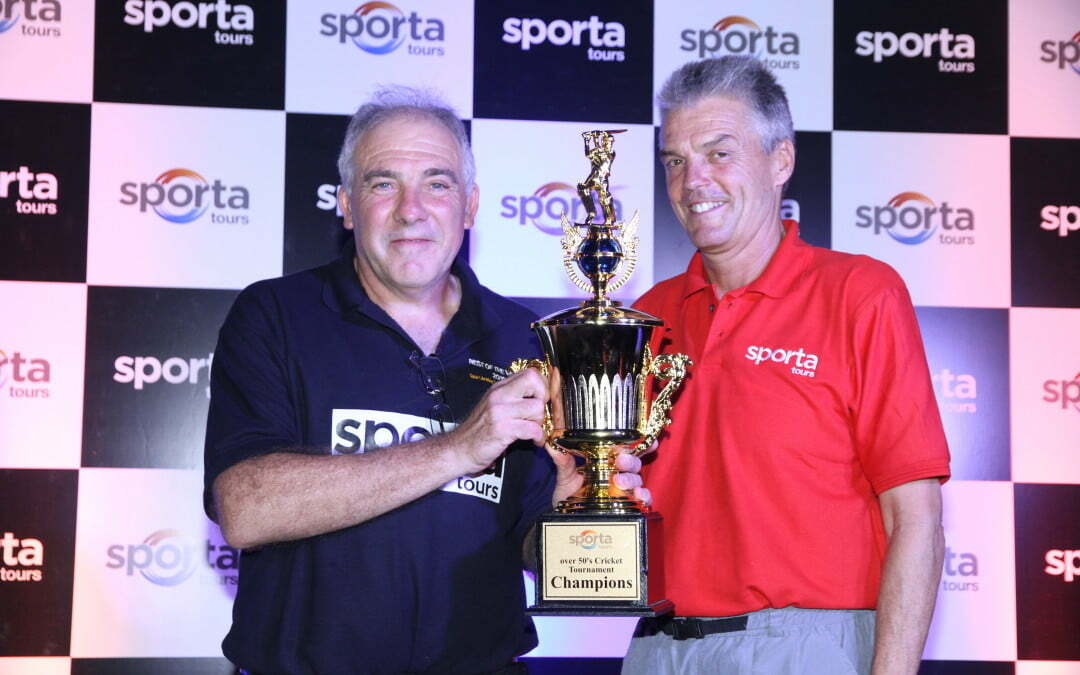 One incredible package, a fantastic destination and nearly 50 cricketers from across the UK with a home squad with Sri Lankan ex-Test players; The Sporta Tours Seniors Tournament Set Sri Lanka Alight this year.

UK cricketers, forming two teams ‘Wales’ and the ‘Rest of the World’, came together with the Lanka Cavaliers squad for a 35-over tournament in Colombo on the west coast of Sri Lanka this month.

The nine-day tournament took in First Class venues, including the Test ground P. Sara Oval, plus Thurstan College and Colombo Colts CC and enjoyed great weather conditions. Both local and UK umpires officiated the matches from which the ‘Rest of the World’ team emerged as overall tournament winners.

“A big thank you for the organisation and the spirit the tournament was played in” – Danny Griffiths, Wales Seniors Chairman

The itinerary also incorporated a visit to the Pinnewala Elephant orphanage for the players before closing with a spectacular presentation and dinner with fireworks at Wattewalla on the beach.

Sporta Tours would like to thank Colin Walters, tour leader, James Cabraal, The Lanka Cavaliers squad and Hotel OZO, Colombo for their part in making the 2016 Tournament the huge success it was.