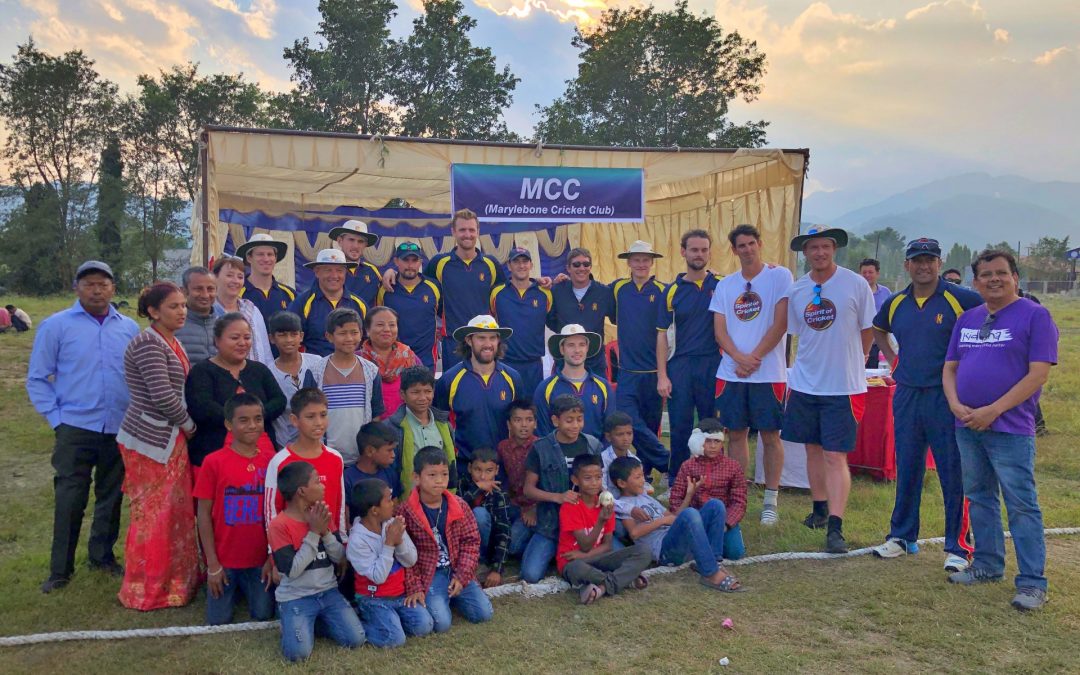 MCC has returned from its first legacy tour to Nepal with Sporta Group.

The tour forms part of a three-year commitment to visit the country each year and saw MCC play six matches. It also witnessed the launch of an eight-month project by MCC Foundation. In collaboration with UK charity Kidasha, the Foundation will lay nets, up-skill local coaches and teachers, provide kit and cricket training, and establish a new schools’ league for girls and boys in Pokhara, Nepal’s second largest city.

For the Sporta team, our involvement started at the earliest stages. We assisted MCC in liaising with the cricket authorities in Nepal and managed all the tour logistics, including flights, accommodation, transport and meals. Our team arranged visits to cultural sights in Kathmandu, a flight over Everest and a golf day at the Himalayan Golf Club. The tour was also fully hosted with experienced local guides.

The first-class match against Nepal was the country’s first for 14 years and drew thousands to the Tribhuvan University International Cricket Ground in Kirtipur, Kathmandu. It formed part of an itinerary featuring two 50-over matches, a three-day first-class match, and three T20 games.

According to Richard Greatorex, MCC Tour Manager “Nepal was a fantastic experience for all involved. We played some great cricket against an array of very talented players, while our squad were excellent ambassadors for MCC.

“The coaching element of the trip was enriching, and the experience will have a lasting memory on MCC’s players and the Nepali youngsters – the enthusiasm from both groups was heartening to see. The players coached in the region of 300 children in only a couple of days.

“The impact that the MCC Legacy Tours programme with have on cricket in Nepal over the next three years, right through from the grassroots to the national structure, will be sizeable.”

To find out more about the tour and matches played you can visit the Lords MCC website here.