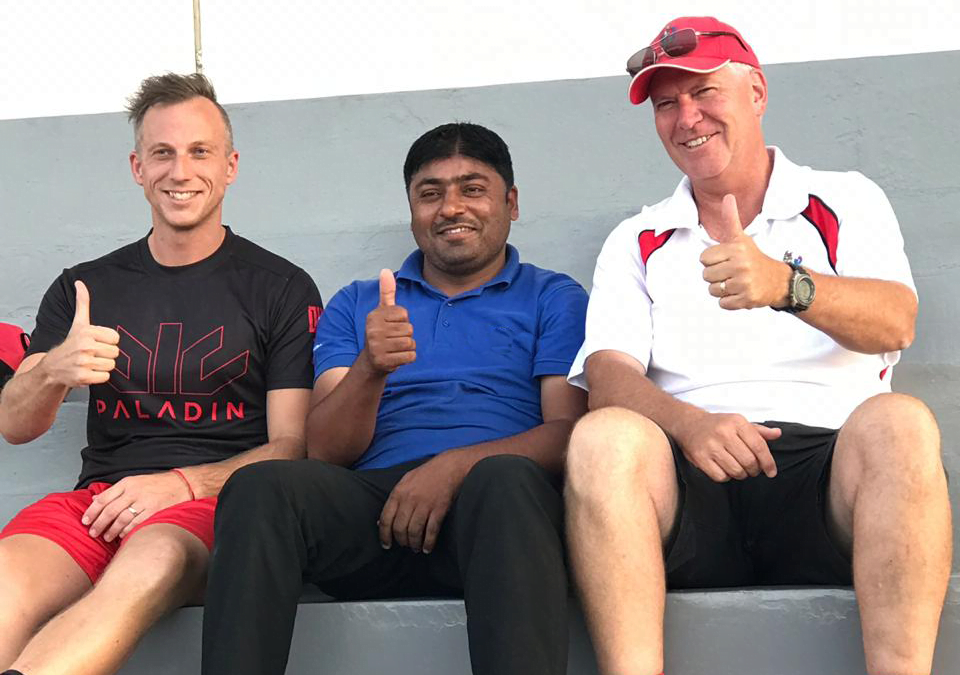 Lindisfarne College in New Zealand have a strong history of touring, and recently chose Sporta for their first school football tour of the UAE.

Having travelled all the way from Napier, NZ, for a 10-night tour, the group were delighted to have their hotel rooms ready 8 hours ahead of  normal check-in. After some rest, the group headed off to the Dubai Creek to take in the sights and smells of old Dubai.

The next day was spent at the waterpark, followed by watching an evening football match between two of the UAE’s top division sides. Suitably rested, the group began their training programme the following day in preparation for their first match on Day 4, as well as heading up the Burj Khalifa, the world’s tallest building. After a tight 1-1 first half, Lindisfarne eventually triumphed over one of Dubai’s leading private schools 4-1.

Over the next few days, Lindisfarne took in a cultural lunch where they learnt more about the Islamic faith, visited the Sheikh Zayed Grand Mosque, Ferrari World, Dubai Mall, IMG World and a Desert Safari – truly making the most of everything a football tour to Dubai and UAE has to offer! The team played a further four matches over the next six days, winning all but one. At each match they performed a traditional haka and presented their opposition with tour memorabilia. They even struck up a friendship with their tour’s bus driver, and took him along to a second pro-football match to say thanks for all his hard work.

The tour was a great success, and the Tour Manager commented: “Many thanks all the Sporta team for a really good 11 days. Everything went very smoothly and your organisation of games and excursions was terrific”.

In fact, the trip was such a success, that since returning the school have booked a hockey tour to South Africa for April 2020! We look forward to seeing them again soon.