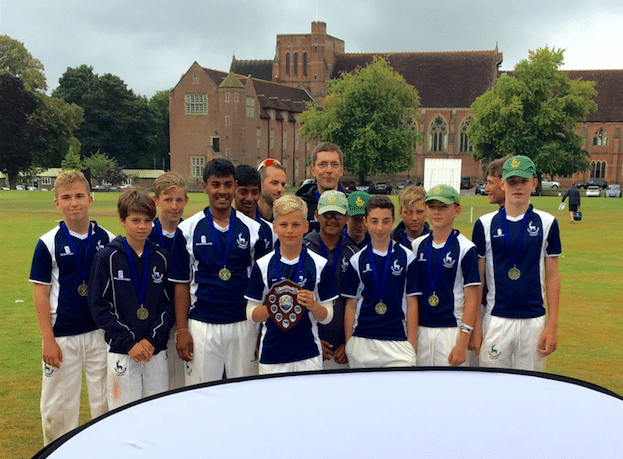 With six teams taking part in four 40 over games and a Twenty20 game on the last day to round things off, it proved to be one of the most competitive tournaments to date. The teams included Dorset CCC, Jersey CCC, Sussex CCC, Skillz Academy (Sussex based), Zayed Academy from Abu Dhabi and the eventual winners Hertfordshire CCC.

We were gifted with scorching sunshine Monday to Thursday. With rain forecasted on the Friday, the decision was made to begin play earlier and reduce the overs to a T20 format. This proved a hit with players and coaches alike, who were all knackered after four hot days of play!

The eventual winners of the trophy were Hertfordshire CCC, who were unbeaten during the course of the tournament. To top it off their Captain also won player of the tournament. Sussex CCC were able to finish runners up with a last day victory over Zayed Academy.

The teams spent the week on site at Ardingly College, with all their accommodation and meals included. If you are interested in participating in next year’s event, please contact us.